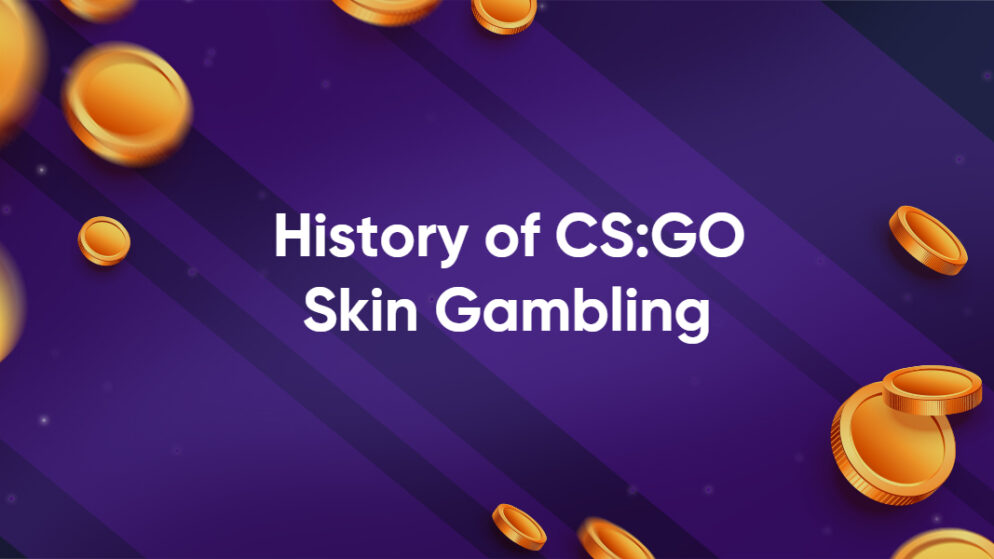 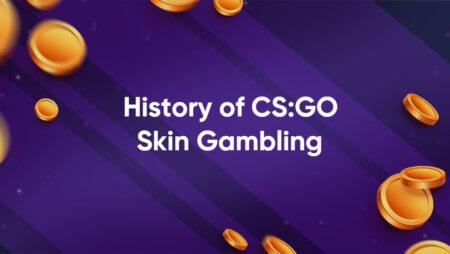 Counter-Strike: Global Offensive is one of the leading multiplayer games in the online gaming industry. It was first released in 2012, and since then, the game has managed to amass a cult-like following the world over. As of January 2019, Counter-Strike: Global Offensive had accumulated 20+ million monthly active users, which is double the number from 2016. In November 2020, the game reached 1 million concurrent players on Steam, which is the highest number ever recorded in recent times.

Although the growth of Global Offensive in the better part of 2020 has largely been attributed to the coronavirus pandemic, the introduction of skins in 2013 was already fanning this growth.

Basically, skins are cosmetic weapon finishes that players can purchase to improve the aesthetics of their weapons without affecting their performance or firepower.

Skin as a Virtual Currency

In CS: GO, skins are obtained by opening loot boxes using in-game keys, which can only be accessed via in-game microtransactions. Along with that, these skins can also be obtained through random drops, just like in Dota 2 and Team Fortress 2.

Valve also occasionally conducts tournaments, whereby CS: GO viewers are occasionally rewarded with loot boxes containing certain skins, as well as the Steam Market whereby users can upload user-created merchandise, including weapon skins, maps, and custom game-modes. The in-game items are then added to the CS: GO game and obtained by unboxing the loot boxes, after which the skin creators are paid.

And since these in-game merchandises have an intrinsic value, they can be traded for FIAT currency, leading to the emergence and consequent growth of the Global Offensive virtual economy composed of CS: GO gambling, CS: GO betting, and CS: GO trading sites.

Issues and Criticism of Skin Gambling

Between 2013 and 2016, there was a proliferation of CS: GO affiliated skin trading sites offering gambling functionality via Steamworks API. Players could now wager on professional matches using skins.

The Legal Battles and Responses from Different Quotas

In 2016, Valve together and these perceived affiliated sites were sued, citing a conflict of interest on some streamers part by promoting gambling services without disclosing the information to users, as well as encouraging underage gambling.

In retrospect, Valve began a crackdown to stop gambling sites from using Steamworks to offer gambling services, with most of these sites ceasing operation. As part of its terms of service, Twitch issued a cease and desist warning to its users for promoting Global Offensive gambling sites. This led to the banning of James Varga, who was by then the highest-viewed CS: GO player on the platform after it was alleged he was affiliated with a skin gambling site. Varga filed a formal lawsuit against Twitch in February 2018, three months after the ban. Twitch countersued, claiming Varga violated its terms of service.

In 2019, however, a judge in San Francisco ruled that he can now sue for damages in excess of the $50,000 provided by his contract, citing that the monetary cap placed on damages in the contract that he signed was unreasonable and one-sided. The judge further noted that by the time of signing the contract, Varga was only 26-year-old and living with his parents, and did not have an attorney to help him negotiate for better terms. Legal minds have opined that this lawsuit could pave the way for similar suits emanating from other streamers who have been banned.

Similarly, Kromtech, which is a software development company, had also reported instances of cyber-criminal groups automating the use of stolen bank card details to create a huge database of Apple IDs to purchase and resell in-game items in games such as Marvel Contest of Champions and Clash of Clans.

To successfully overcome the loot boxes vs gambling argument, Valve has also started implementing region-specific changes for Global Offensive. In the wake of France’s Gambling regulator declaring that loot boxes don’t constitute gambling, Valve introduced an “X-Ray scanner”  for French players in September  2020. The feature allows players to preview skins within containers without opening them.

Every player’s ‘X-ray Scanner’ comes pre-loaded with an exclusive, single-use, and a non-tradable item called ‘P250 | X-Ray’. To start using the scanner, the user must first claim the item. On top of this system effectively combating the gambling rules set up in France, it also hinders users from abusing it through creating multiple accounts to get free skin reveals.

In addition to the ‘X-ray Scanner’, Valve also recently announced that containers in France can’t be purchased from Steam Community Market, although they are still available for sale on the platform.

In December 2017, a survey conducted by the UK Gambling Commission showed that 11% of children aged between 11-to-16-year-old in the UK had tried skin gambling. A case in point was an underage teen from Wales who lost over £2,000 in four years after becoming addicted to skin gambling. At times, the teenager was unable to buy food, citing skin gambling to be of a higher priority compared to buying food. This led to the successful prosecution of two suspects running a FIFA games virtual-goods website on charges of encouraging underage gambling and advertising unlawful gambling.

In 2018, the Danish Gambling Authority in collaboration with the Danish Tax Agency’s anti-fraud unit launched an extensive online manhunt for potential illegal websites with the help of a search robot. This led to the discovery of 742 problematic sites and the consequent shutdown of 25 sites in 2019, although the Danish Gambling Authority says the problem remains a big challenge. The search robot has also been used in the recent past to identify websites marketing and promoting illegal gambling, with most being affiliate and casino advocacy sites

In September 2018, 15 European nations and the American state of Washington converged at the Gambling Regulators European Forum conference and agreed to work together in demarcating gaming and gambling, as well as addressing the consequences of not having clarity between the two.

Immediately after the 2018 Gambling Regulators European Forum conference, France’s Gambling regulator, ARJEL kick-started the process of preparing regulations for esports betting and skin gambling. At the end of it, ARJEL came up with a combined and coordinated action-plan to regulate the industry. Key among the recommendations included indicating that skin gambling doesn’t fall under the legal definition of gambling in France unless they have a tradeable value in the secondary market. And even if they do, ARJEL noted that the game publishers don’t participate in skin gambling, thus distancing it from other forms of gambling.

On the flipside, ARJEL emphasized the need for continued investigation of the skin gambling ecosystem, with the full report expected to be published by the Gaming Regulators European Forum.

In the Netherlands, Kansspelautoriteit (KSA), the Dutch gaming regulatory body has also entered into a similar partnership with Facebook in response to the rising cases of illegal gambling promotion on the platform. Thanks to the collaboration, multiple groups have already been expelled by the social media platform.

The introduction of the Unlawful Internet Gambling Enforcement Act of 2006 (UIGEA) in the US essentially made online gambling illegal. As an American corporation, Facebook has been extremely cautious to allow any form of online gambling in the USA too. In light of this, it is mandatory to first seek approval in advance before advertising any gambling product on the platform. The process entails completing the Facebook RMG Questionnaire and the Online Real Money Gaming Application form.

As you can see, the online skin gambling industry has been rocked by controversies, which have rendered it illegal in many jurisdictions. And even in countries where this form of gambling is legal, the gambling sites are closely monitored and tightly regulated. Unfortunately, because of advancements in technology, many of these gambling sites are able to work their way around the restrictions, which has led to the ever-growing in-game items black market. But not all is lost. Governments around the world are slowly realizing the potential dangers of having an unregulated market, which is why most are advocating for collective responsibility in implementing counter-gambling measures, especially for underage kids.